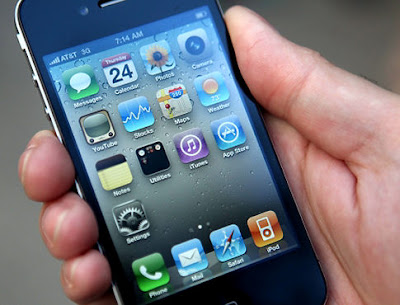 The iPhone 4 is a desireable device that I would love to have. I currently have a perfectly working and amazing device in the 3GS that is only 9 months old. At this point in time the Minister of Finance (my wife) and I have decided to sink the almost 800 bucks that v. 4 would cost into a new MacBook Pro this fall. For those people who have been 'lucky' enough to sign on with Rogers, Bell or Telus as new customers with the iPhone 4, the plans they have been signing offer 6GB of data. Telus was slow to respond to the other 2 carriers but eventually added a "bonus" 5GB soon after the iPhone 4 release.
Unfortunately the offer was not extended to existing customers.
This made me quite angry as an existing customer for 10 years with Telus Mobility. I'm not going to debate one carrier over another here or that one has better plans. I live in rural Alberta and for a long time Telus has given me great service and coverage.
I just wanted that 5GB. I began referring to it as "my 5GB" to friends and colleagues. If you give to one, you need to give to others. Seems like a naively reasonable argument right?
So off to the web I went. I found a forum where someone had posted a screen shot of their rate plan and described how they got the 5GB added to their existing account. The next was to Twitter and I asked if anyone was an existing customer and had received the 'bonus 5GB'. There were a few and one in particular caught my eye because they had been calling and emailing and tweeting for a week to try and get their 5GB.

So last week I started my conversation with the Telus Mobility Twitter account @telussupport. Most phone companies in Canada have hopped on Twitter for 2 main reasons. First is to use mentions of their company as a way of monitoring what people are saying about them. I realize that 90% of the tweets about phone companies are complaining about poor service, but this is still valuable information. More to my liking, these accounts have been set up as a way of creatively dealing with issues customers have. This benefits them because in the end it saves me time on hold waiting to talk to someone, and it tells those working the Twitter account that I am someone who is connected, web savvy and willing to try alternate ways of accessing this assistance using SoMe tools.
The first contacts with the gentlemen on the other side of the @telussupport account yielded no results. I tried many angles including referencing the forum post again. I was told simply: "We are unable to offer you that promotion as it is for new customers only."
I wasn't done.
The next step was kinda fun for me. I 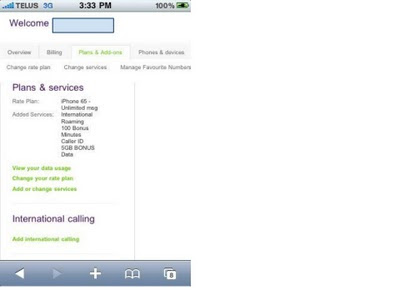 asked @bottleblonde40 to send me a screen shot of their a
ccount profile from Telus which CLEARLY showed that she had indeed received that bonus
5GB of data on her account. She oblidged.
I sent the original with her name on it to the @telussupport account. I've blocked it out here but you get the idea. She clearly had received the extra data.
Surely this was the proof that was needed to get the bonus 5GB, but to my surprise the @telussupport person had another ace up their sleeve which went a little like this:

Come on, really? You can't look up the person's name and find out if they had or hadn't been given the 5GB bonus? My thought after that was, "OK, perhaps they don't have the authority to do this, let's add some more fuel." I proceeded to reference a conversation that @telussupport had with that same customer, which they also sent me a picture of. Keep in mind this is
someone who was a complete stranger who came to my aid over Twitter- AWESOME! 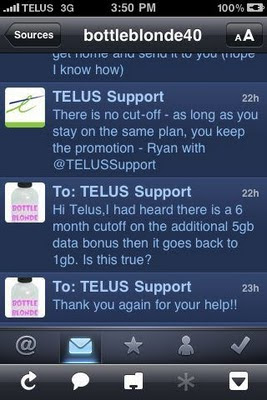 This was proof that Telus had indeed given the Bonus 5GB to an existing customer who had only been with their plan since FEBRUARY. Surely the evidence was overwhelming that Telus DID give existing customers the 5GB addition to their plans.
I didn't hear back for quite a while after that. In fact I had to contact them again asking to have someone call me. I was told it would take 4-6 hours. A clear brush off. Unwilling to let this drop I agreed and then started the wait and went on with my day.
At 2pm that same afternoon, 5 hours after making initial contact I got the message that would get my "my 5GB". Tatiana from @telussupport was now working the Twitter account and asked if she could call me. Within 10 minutes my phone rang and 5 minutes later I got "my 5GB" added to my account. 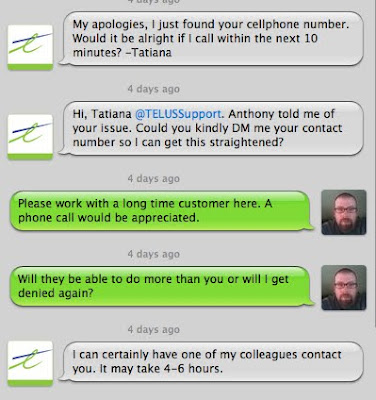 Why me? Why bother? They could have ignored me just like many others. The difference here I believe was Twitter and social media. Looking at my twitter account they could see I tweet, blog and participate and share freely on the web. In the end it may have been easier to work with an existing LOYAL 10 year customer that create a disgruntled one who may tweet and blog about their negative experiences. Many others have tweeted to cell phone companies, airlines and businesses to get results. It's just good business to use the same tools that your customers are. Tatiana asked me to fill out a survey that she emailed to me. It turns out that the Twitter support department is a trial and up for review. She told me that if we would like this service to continue, please let them know that we value it, so I did. It was entirely more enjoyable to communicate over Twitter rather than be on hold for hours at a time.
What does this have to do with education? In some ways Telus is providing an example of where teachers need to be- using the tools that their customers are. Take stock in the fact that many students spend hours on Facebook each day. Why aren't we using Facebook in education? Most school districts block it. Would districts block a site that is always used my teachers like their SIS (student information system- Powerschool, Students' Achieve, etc)? Not likely. In a way, Facebook is the SIS for teens right now. They can get access to their personal info, check on the progress of others and communicate with each other in a one stop web app. I asked our babysitter (who we give the wifi password at our house to for her iPod Touch, because she's awesome) if she uses MSN to chat with friends. She looked at me a bit strange and said no, because they do it all on Facebook now. How many teachers out there still think all those darn kids do is sit and chat on MSN? We are missing out on a valuable opportunity for connecting to students by not using Facebook here people!
Have you experienced something similar with a cell provider or other company where Twitter helped? Please share! What is your stance on Facebook in the classroom?
Posted by Mr. Jared Nichol at 9:03 AM